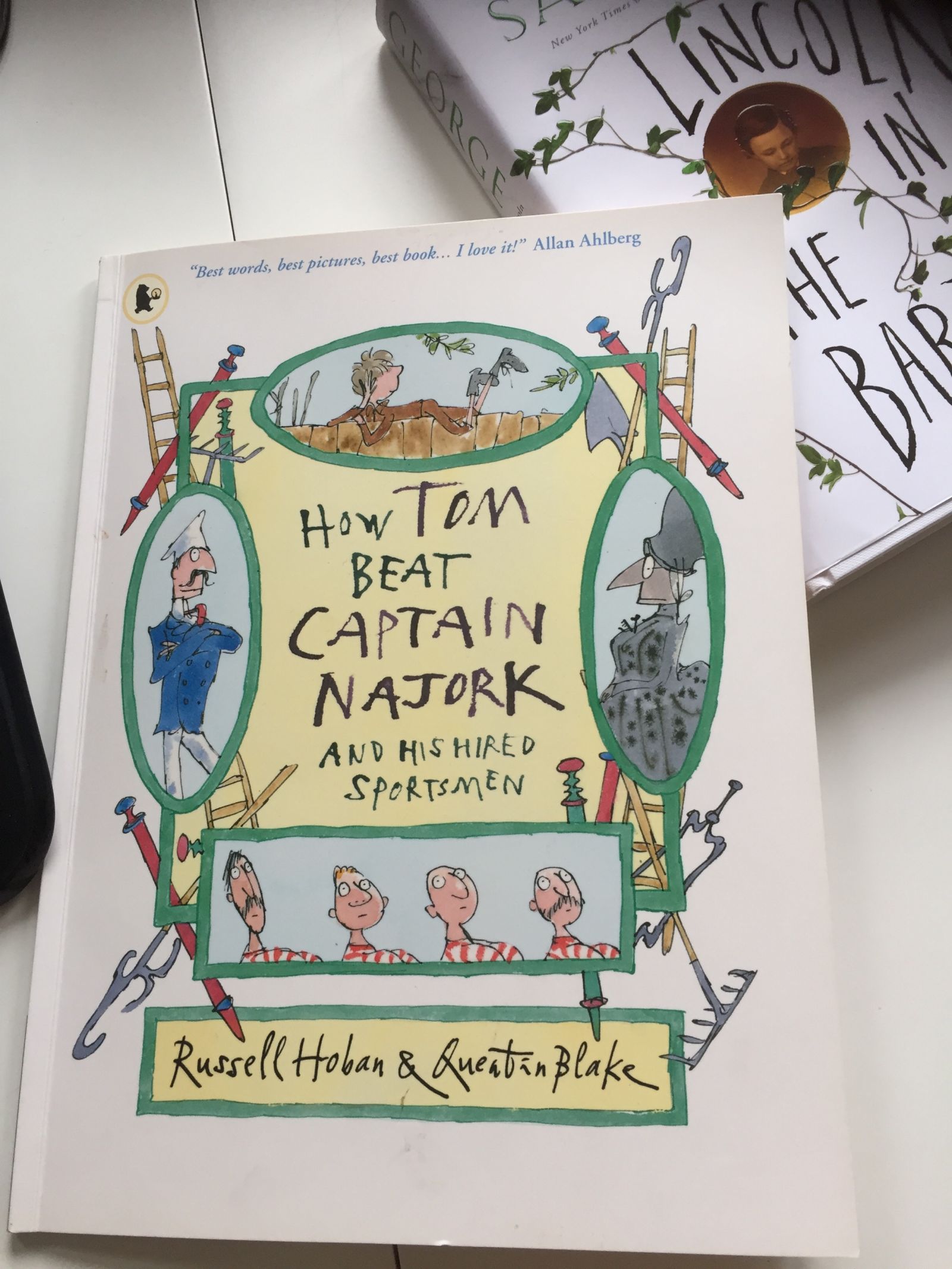 I don’t often write about children’s books but this morning, probably because of spending last night’s journey back from London  immersed in Lincoln in The Bardo (2nd reading) I woke thinking of Russell Hoban.  When I had made my porridge I looked around the kitchen looking for something to distract me before coming to sit here at my desk and I found last weekend’s leavings – the papers, a garden magazine and this, from my no. 2 grandson, Chester. 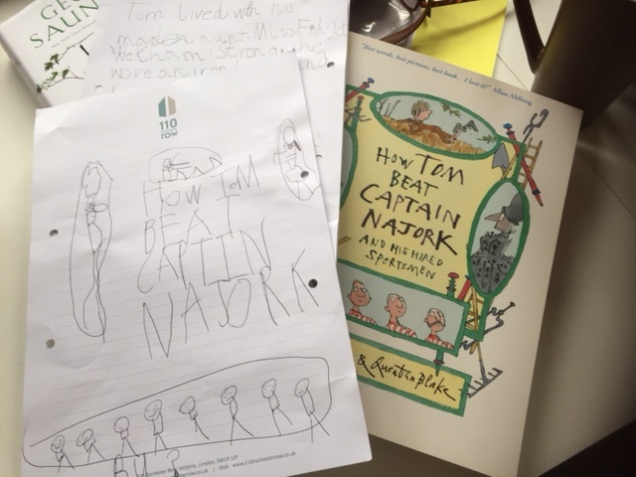 Captain Najork! Brilliant book, almost a poem really. Certainly one of the great human stories; boy loves fooling about with sticks and stones and crumpled paper, in mud and on fences. Later, life forces on him the necessity of fighting  Captain Najork and his Hired Sportsmen, and all that prior experience, all that practice on fences and in mud, all that dropping things off bridges is revealed as exactly what Tom needed to have been doing.  Play, play, play, kiddoes and  don’t stop because you are  a grown-up.

What’s the connection between Hoban and the author of The Bardo? They both sport little beards, wacky humour, and have a highly developed sense of the necessity for puncturing windbags. They can  use impropriety when it’s needed. They both play serious stuff.

I was thinking about George Saunders as a religious writer and  why people might not  recognise that because they’d only see the gothic corpses, the crazy historical quotations, the costumes, the swearing! And, as I slept,  that thought somehow had dredged up from somewhere a memory of Russell Hoban writing about God in  Pilgermann.

Pilgermann, manifesting as an C11 Jew during a massacre, calls on  God (the Old Testament Father) and gets Christ instead. ‘Until now, I’ve dealt with your father,’ Pilgermann tells complains.

I said, ‘I want to talk to your father,’ then held my head and waited for his answer to echo inside me.

He said, ‘Humankind is a baby, it always wants a face bending over the cradle.’

I said, ‘Where is it, his strong right arm that was stretched out over us?’

I said ‘Have I got to be my own father now?’

He said, ‘Be what you like but remember that after me it’s the straight action and no more dressing up.’

For someone like me, we’re  in that now, ‘the straight action and no more dressing up’. No pictures, no costumes, no over-arching story metaphor to explain it all. That’s why we need great literature, to open our minds to otherwise impossible thoughts.

That’s why I love How Tom Beat Captain Najork.

It’s so utterly realistic (‘Who’s on my side?’ said Tom. ‘Nobody.’ said  Captain Najork.) and posits such hope for the natural child in us: read this! 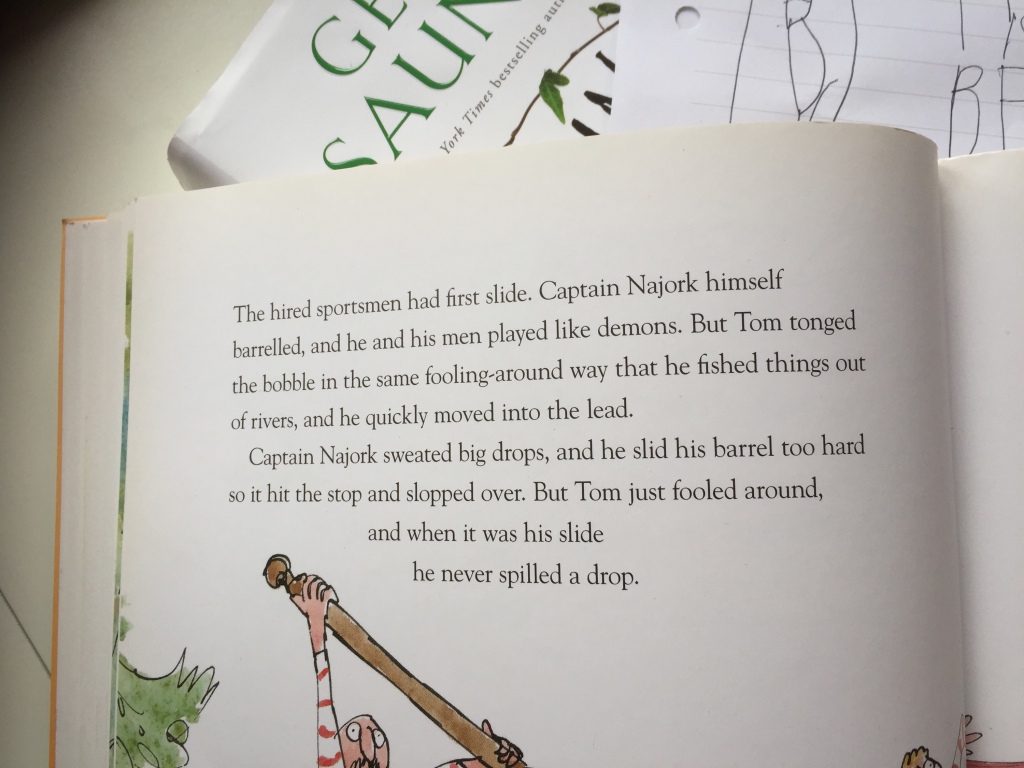