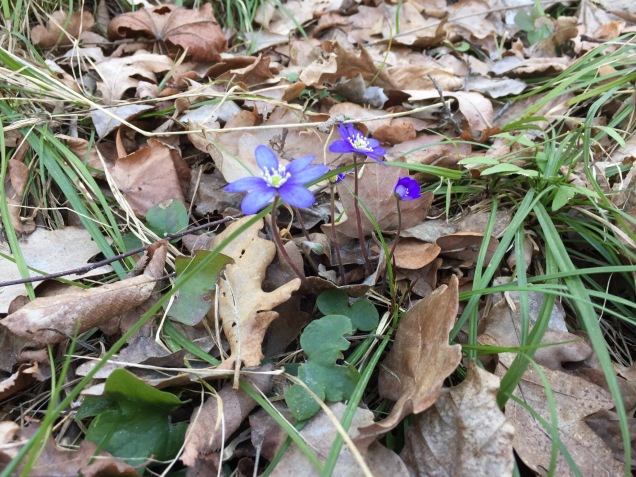 We set off along the road to the lake and as we turned off the road onto a track, at the roadside under the trees I saw these violet-blue flowers …much smaller than anemones, than windflowers… I have some at home, bought from Ness Gardens, but don’t remember the name. Garden escapees or at home here? I wondered. 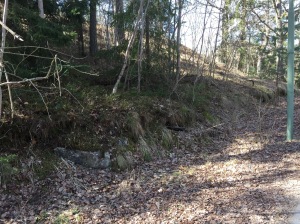 It looked the right sort of place for them to be at home.

Along the track on either side were mostly cabin-like and grander than cabin-like wooden houses. The terrain very like my usual Sunday morning walk place, Caldy Hill. Saw a house where someone was making and selling very pretty wooden chairs (I think – can’t read the sign!). 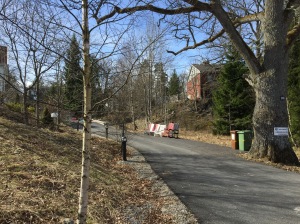 On the left appeared this enormous ancient tree, so we shouted out, ‘a monster calls!’ And I wondered if it could be a Sweet Chestnut, as that’s what it’s bark made it look like. But could a Sweet Chestnut be as old, as big? It looked as if  it had died once then come back to life at the very top, an arboreal resurrection. 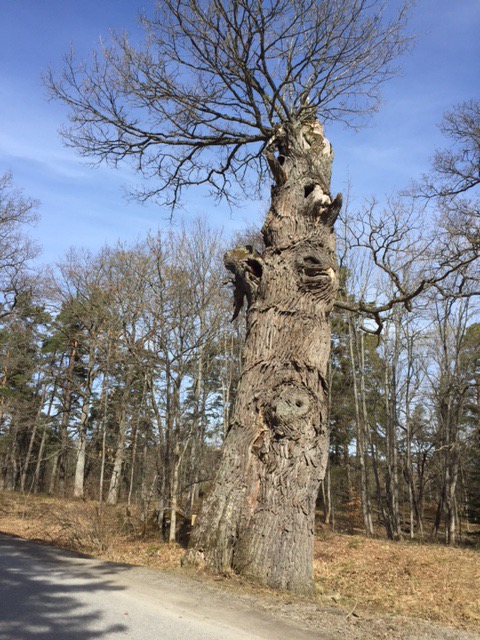 There was some information but we couldn’t make it out. 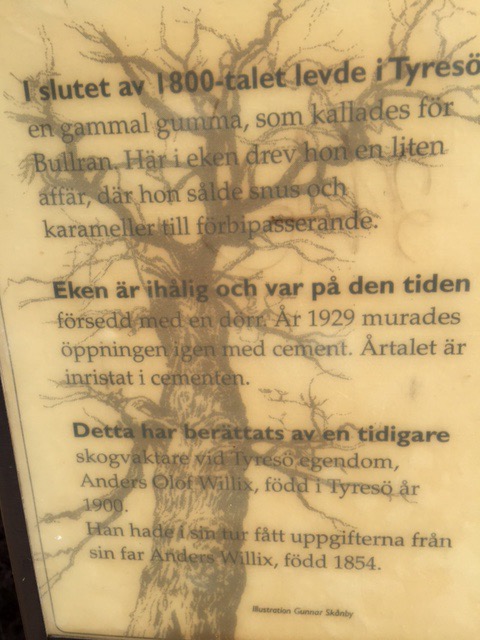 Next I started to notice these little buttercup-coloured flowers, very starry in shape. I don’t think I’ve seen these in England. 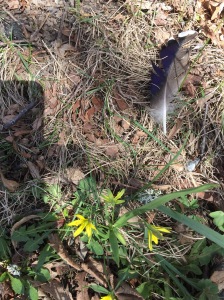 The castle came into view… 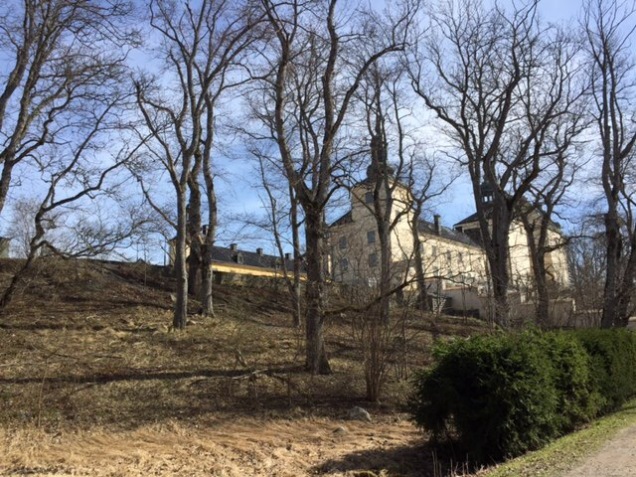 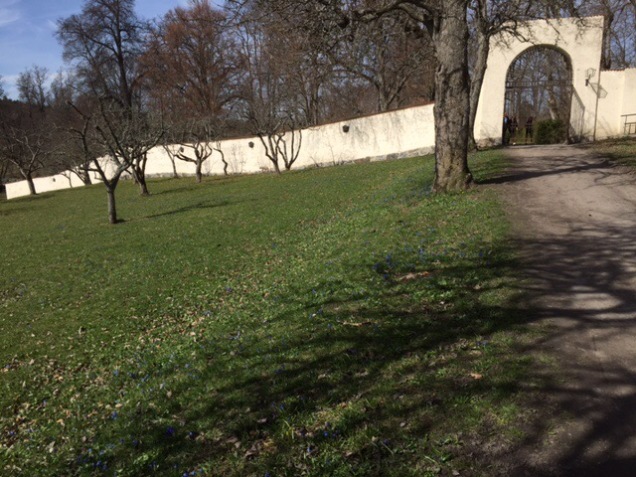 We didn’t know what it was or what kind of thing we were entering but we made our way through the gate…I noticed something like an anemone, definitely wild. Lots of them – but not anemones…? 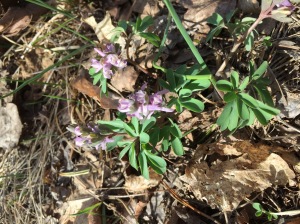 And this, which I thought was some sort of very tiny Sedum… 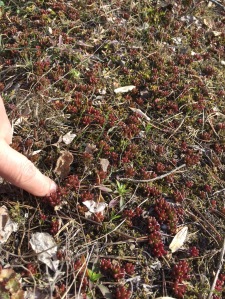 Then we saw the water and then the Cafe. We were in something like a Country Park. 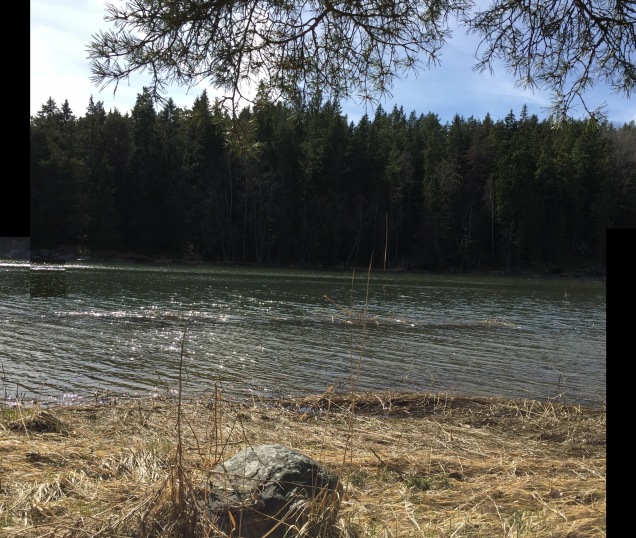 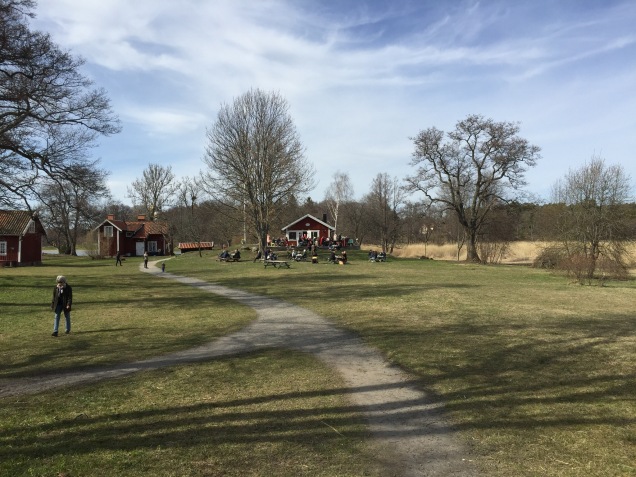 We had red pepper soup and a goats cheese toastie with salad between us. It was good, but cost the equivalent of £23… food is very much more expensive here! Picnic next time… 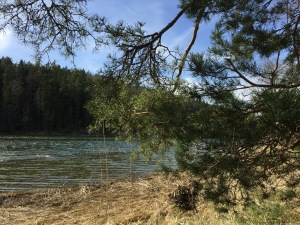 A lovely hour in the sun, with only a few dog-walkers, the occasion whirr and flap of a bird, later the noisy arrival of two swans to break the lapping peace of the lake. 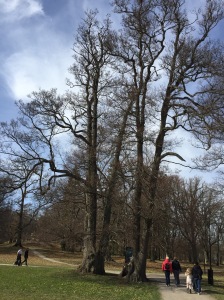 On the way back we read a sign which told us we were walking through ‘ the English Park’ which I guess was called so because of large old trees scattered in rough grassland.  I wasn’t sure what these lovely beauties were – they had very tiny cones which were more like berries. 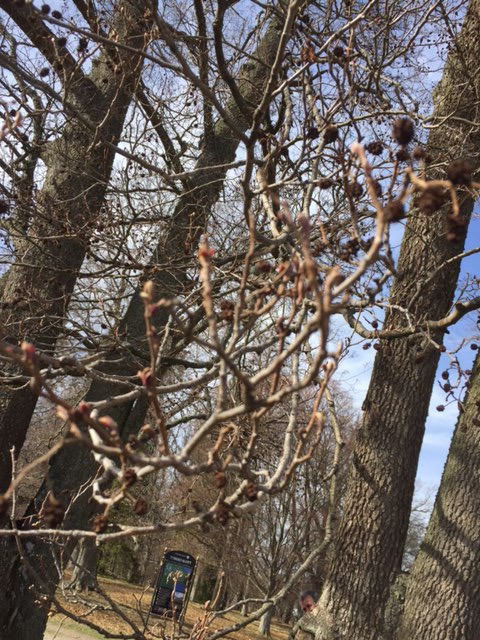 We went on the up to the castle. I noticed really thick fur-like lichen on the non-lake side of the trees. Looks almost like seaweed! 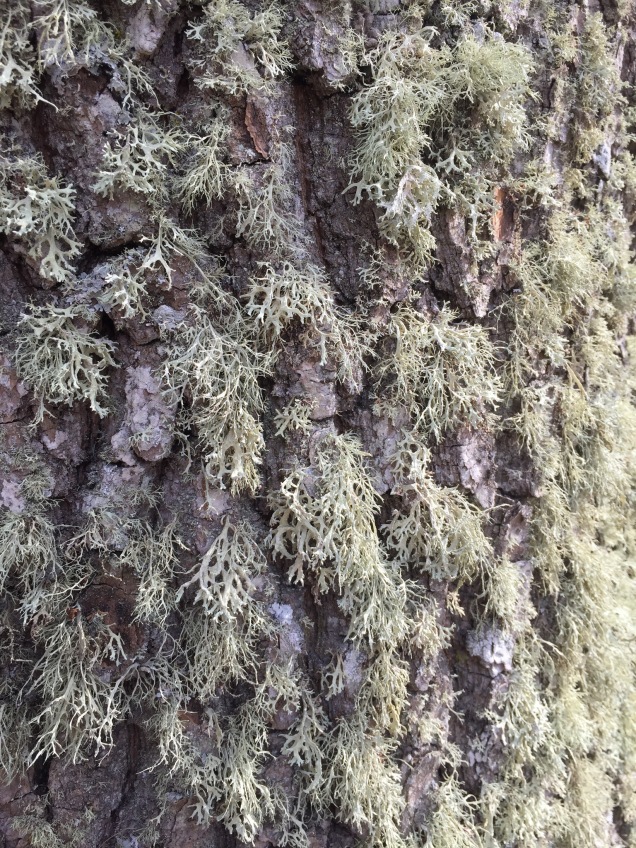 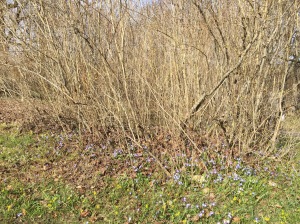 At the top of the hill as we approached the castle, lots of ? Scilla ? And the yellow star flowers under still bare-of-leaf bushes. In the castle yard we had cocunut flan and a piece of a cream tart with lingon and other berries. I didn’t ask how much it cost. Price of a night in a cheap hotel, I should imagine. 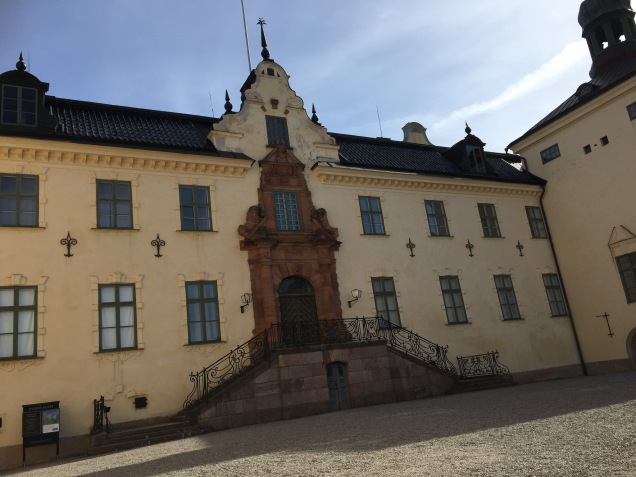 Was it the cream cake, the Siesta, the sunshine or the six kilometres? We were tired now and as we walked down the hill I saw two delightful things.

First, some branches, the first I’ve seen, that had put forth green leaves. Spring ! 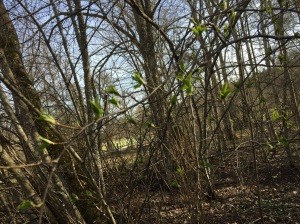 And secondly the dear old 875 bus that had brought us to Rotvik from Stockholm. It must be at its terminus. It might be going back along our way! It was. Of course the bus driver spoke excellent English and told us she’d be setting off in two minutes. Hurray! 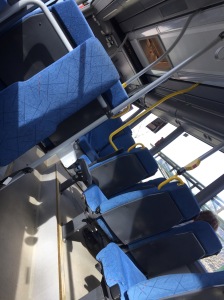 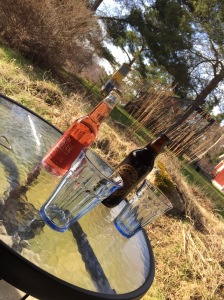 And finally, nothing like a sauna to relax those tired muscles. Lovely walk, lovely place, lovely day. ‘We thank thee, Universe,’ as a secular, socialist, vegetarian old lady of my acquaintance used to say instead of Grace before meals. 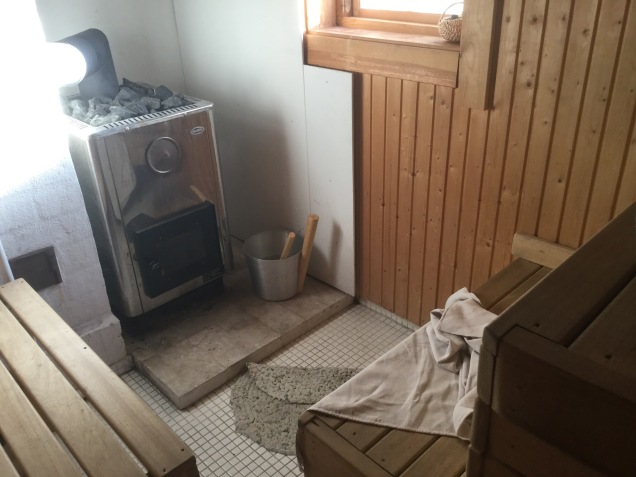 3 thoughts on “A walk with spring flowers, a monster, a Swedish cream tea and a bus ride home to the sauna”