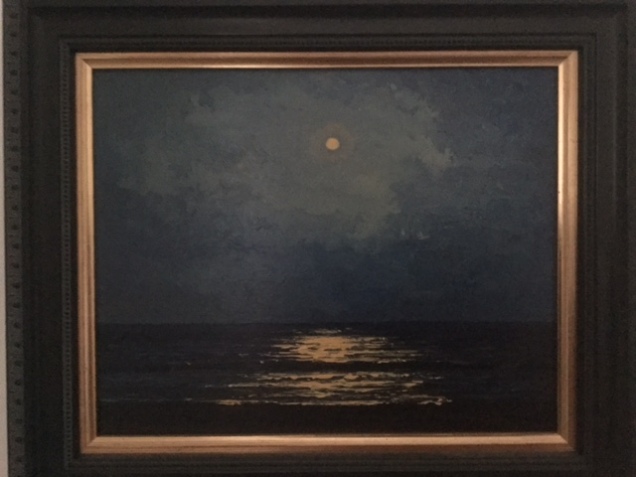 Today’s poem is an important one for me because, quite aside from its moving power in its own right,  it characterises my move from University English to Shared Reading and The Reader.

I don’t say, as I nearly did,  my move from the University to  the real world, because a University is as real as anything else, and is certainly part of ‘the world’  –  in fact you might say, the world is too much in them, to borrow and change a line from Wordsworth.

Before, during and after University  I  was a personal reader, and for that I have to thank my outsider status and the Women’s Movement of the 1970s. ‘The personal is political’ was one of our slogans  a key thought for me, and I took it with me when I moved away from the radical feminism from which I had gained so much. ( ‘War is Menstrual Envy’ was another slogan that I loved, for some reason particularly annoying my very few male friends).

I don’t remember ‘the personal is political’ being applied to book-reading in the Women’s movement – there was a lot of heavy political theory there, as everywhere. But we read everything women had written, novels, poetry in order to try to build up a sense of a womens’ tradition. Through novels and poetry I got the personal experience of women, and at interview for University the exasperated inquisitor  asked me crossly, ‘Haven’t you read any books by men?’

Being a ‘personal reader’  in a University English department in the period 1980-2002 was no mean feat. People were trying to make literature part of the social and political sciences, to make it inhuman, de-personalised (and therefore perhaps budgetarily defensible, not a softee humanities thing  but hard as science, a brother to theoretical physics or plastics engineering). They were not happy times and I’m afraid the effect still lingers. I was lucky in that my teacher at University, Mr Brian Nellist  (I had others, but he was The One, and you can meet him here) was an old-fashioned non-theoretical reader, and he encouraged me to be one myself, and to read as myself, rather than always in terms of women and men. Though by then, I had stopped being motivated by gender inequality. Perhaps need to think more about that another time.

I did not have a Theory of Reading. I did not want to be self-conscious about my reading,  I just wanted to read literature and see what happened, what I could learn, what touched me, what I cared about.  Brian encouraged me, both as my third year tutor and as my Ph.D supervisor to to do that, finding out stuff that was useful and interesting to me. Essentially, he laid out this huge buffet of literature and said let’s walk up and down this, and see what strikes your fancy.

Even so, what happened was at a formal distance. I’d like to think more about what that means another time.

But to the poem. When I first began to have the idea of taking ‘great literature out of the university and into the hands of people who need it’ (not a snappy slogan but mine own) I had no idea of the power of the stuff I was going to unleash. Despite reading personally myself since I was child, and despite having chosen pieces that I thought most adults would find moving, I wasn’t prepared for tears. In nearly twenty years in the University, I had never seen anyone moved to tears by a poem.

In the very first shared reading groups, which were called ‘Get Into Reading’ (there were two, on different days of the week, one at Ganneys Meadow Early Years Centre, on Woodchurch Estate, and one at the Community College on Laird Street, Birkenhead. Both mixed, open community groups) and before that, before 2000, in the prototype experimental groups I ran before the Get Into Reading , which took place in St Cath’s Hospital Birkenhead and in Waterstones, Bold Street, Liverpool,  I read this poem.

Sunset and evening star,
And one clear call for me!
And may there be no moaning of the bar,
When I put out to sea,

But such a tide as moving seems asleep,
Too full for sound and foam,
When that which drew from out the boundless deep
Turns again home.

Twilight and evening bell,
And after that the dark!
And may there be no sadness of farewell,
When I embark;

For tho’ from out our bourne of Time and Place
The flood may bear me far,
I hope to see my Pilot face to face
When I have crost the bar.

In each group as I read, someone was moved to tears. In Waterstones’ after work reading group, a nurse who had come straight from Arrow Park hospital filled up with tears as I read. She said it was the line, ‘But such a tide as moving seems asleep’, which had got to her, because her Dad had died  when she was a teenager, and when he was alive they used to walk sometimes along the riverside and the tide…poetic image and reality had crashed together for her. Nothing has ever put it into words, she said, as if seeing ‘ it’ in words had caused the release of tears.

There are things you need to know (what a bar is, how it functions, what a pilot is in harbour terms…) to understand the poem but like all great poems, it doesn’t matter if you don’t know them. The music of the poem will carry most listeners far.

What is interesting to me as I look at it this morning is how Tennyson, writing about death, (all the people who cried in those early groups spoke of someone they loved who had died: the poem seemed to speak to them of particular deaths) is actually writing about, anticipating, his own death. Yet the poem reads – sounds – like an elegy for another. Or perhaps it simply touches all death by thinking of one particular one.

The ‘one clear call’ of the opening line is open to much interpretation. People in Shared Reading groups have said to me over the years, that it might be any kind of sign, just something that reminds you of mortality. The ‘call’ is now but the death is in the future;

And may there be no moaning of the bar,
When I put out to sea

As I read these lines, they are coloured for me by the people I have read the poem with over many years –  the nurse (cannot remember her name) and Dorrie at Ganneys Meadow and a young woman with blond hair in the Laird Street group, and others. I think also of my own death – so much closer  now that when I read the poem in Ganneys Meadow, and the need for ‘no moaning’ seems more real and more pressing. Of course, ‘moaning of the bar’  in purely linguistic terms may be the noise made by waves  crashing against ‘the bar’ – the sandbar built up by currents in a harbour mouth or estuary… but is anything in a poem ever purely linguistic?  A word in a language  is like a bundle of sticks, a bundle of meanings (whose thought is this, please?). We put the sticks in the bundle according to our experience, memory. So I may  partly think of waves crashing far out in the  estuary, partly of my own complaining, partly of the sobbing of a bereaved friend.

Sunset and evening star,
And one clear call for me!
And may there be no moaning of the bar,
When I put out to sea,

But such a tide as moving seems asleep,
Too full for sound and foam,
When that which drew from out the boundless deep
Turns again home.

The poem, for all its sadness, is a brave one. ‘when I put out to sea’ does not feel like the end but rather a beginning.  It is a brave setting out on adventure, however terrifying.  The fact that the first two stanzas are one sentence seems to matter – there is no full stop after sea, but thethought caries on, after the line ending, after the ending of the stanza. and the second stanza is full of comfort.

But it is time to stop! oh dear. More tomorrow.