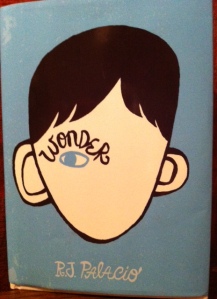 I don’t remember if I actually set out last New Year with any resolutions – in my second half century I am finally beginning to understand the hard fact that  there is no new start – but if I had formulated any aims for 2012 they would have been the same old resolutions I’ve been making and failing to achieve for decades : read every day, write every day, walk every day, don’t eat too much, think more, be kinder. When I’m in a self-confident, self-forgiving mood, which is a great deal of the time,  the apparently inevitable return of the same old problems doesn’t bother me too much:  any human life is  a work in progress, and an organic work at that, so I allow plenty of leeway and don’t make myself suffer unnecessarily. Or as  W.B.Yeats more eloquently says in Dialogue of Self and Soul;

Every event in action or in thought;

Measure the lot; forgive myself the lot!

When such as I cast out remorse

So great a sweetness flows into the breast

We must laugh and we must sing,

We are blest by everything,

Everything we look upon is blest.

Hhmhm, but no.  I can’t go that far – neither the measuring nor the forgiving. I love the brio of that third line  but I don’t believe in it, not for me. I cannot ‘measure the lot’  partly because I fear I would not  be able to  ‘forgive myself the lot!’ But  I would like that sweetness, and I enjoy the feeling, when it comes, of being ‘blest by everything,/everything we look upon is blest.’  I get that feeling a lot when I go outside and walk in the woods or on the beach – which is an easy hit if I can stretch the hours of daylight to accommodate it. Harder is finding time with my two grandsons, hours away in Cambridge and London. How lovely it was to spend time with them over Christmas. That’s my mother-in-law Sheila in the background, 85 years old and doing the washing up, as she always does on any family occasion.

As someone who has grown out of  what sometimes seems to have been a completely chaotic family, drenched at many levels in human failure, that simple feeling of ‘blest’ in a moment like the one in the photograph can be hard to accept.

But do I mean accept? I don’t think so: I accept it very, very gladly.

I mean something more like: it is hard to hang on to the knowledge that  there will be good, simple and lovely, and that it can arise from pain, and worse. I mean it is hard to believe in the possibilities of ‘blest’. Not that I don’t, just that it is hard, almost unnatural.

Two books I have been reading  have made me think about this these last few days. The second is the excellent Vintage Classics anthology,  Dickens At Christmas – where I’m reading The Haunted Man, a  long short story Brian Nellist has been recommending to me for months. I haven’t finished this yet, so I’ll come back to it. The first book that made me think about this was my Boxing Day read, Wonder by R.J. Palacio (Bodley Head)

I thought I wouldn’t like it – too American, too modern, too fashionable… but I was wrong on all counts. This is America at  its naive best,  the believing, decent, humane America of Little Women or It’s A Wonderful Life. Or to push it a bit, it’s a child’s version of dear wonderful George Saunders who is taking humane and decent and refashioning it for our hard-hearted times. But more of George another day (though don’t wait, rush over to The New Yorker and read  his exceedingly moving story The 10th of December: go now! )

But I’ll turn back to Wonder. It took me half an hours concentrated reading to get into it, and then  I was away. I read half the book on Christmas night and the rest on Boxing Day morning. Hankies are definitely required and more than once.

This is a family survival story. Auggie has a rare genetic disorder that means his face is extremely badly deformed. ‘I won’t describe what I look like,’ he tells us on page one. ‘Whatever you’re thinking, it’s probably worse.’ Most humans flinch when they see him.  Auggie has been home-schooled,  mainly because  he has spent most of his life  in hospital having operations, but partly, we assume,  because his parents have held off the  dreaded moment of  letting him enter the outside-family-world. They always knew how hard it was going to be. But now his parents are suggesting that, aged 10, he should  go to school. The novel tells how  Auggie, his parents and his, sister Via, her boyfriend Justin and Auggie’s peers and teachers survive this difficult year.  It’s harrowing but massively uplifting and the  two things are subtly intertwined : you are not reading propaganda on how to live with disability, you are reading a meditation on good and evil in the universe. Always an interesting place to be.

I won’t tell the story. I just want to point out the novel’s  tremendous emotional and psychological powers. The story is told from numerous points of view and R.J. Palacio is good at uncovering multiple meanings through many layers of experience. She is smart, intellectually and emotionally and  you sense a lot of serious adult reading has helped her to build up the layers she so carefully lays open for us. Here’s Auggie’s sister’s boyfriend, Justin.

Doesn’t that make the universe one giant lottery, then? you purchase ticket when you are born, and it’s all just random whether you get a good ticket or a bad ticket, it’s all just luck.

my head swirls on this, but then softer thoughts soothe, a like a flattened third on a major chord. no, no, it’s not all random, if it really was all random, the universe would abandon us completely. and the universe doesn’t. it takes care of its most fragile creations in ways we can’t see. like with parents who adore you blindly. and a big sister who feels guilty for being human over you. and a little gravelly-voiced kid whose friends have left him over you. and even a pink-haired girl who carries your picture in her wallet. maybe it is a lottery, but the universe makes it all even out in the end . the universe takes care of all its little birds.

I thought of  the New Testament, and I’d bet a pound that  R.J. Palacio was doing the same when she wrote that sentence. (Are not two sparrows sold for a farthing? and one of them shall not fall on the ground without your Father. Matthew 10.29 ) But I wondered hard, as I read, as the book had asked me to, is this true or false? I thought also of Dickens, writing in Bleak House, ‘the universe makes a rather indifferent parent’  – Dickens,  that neglected child who knew with every ounce of his human body that if anyone was going to love and care for the neglected it was going to have to be another human being.  I know children who have harder lives than anyone would like to imagine here, now, in England. Is the Universe going to look after them?  It is easy to reach  for apparent realism of  ‘probably not’ and then stumble on to unbelief.  You need to take that extra leap of faith a great writer like Dickens always takes. Probably not the universe, but Mr Jarndyce or Aunt Betsy or little Dorrit, or some human soul will.

This thoughtful novel doesn’t take any easy routes, and so we find that Justin has done his growing up in a very different family:

My mom and dad got divorced when I was four and they pretty much hate each other. i grew up spending half of the week in my dad’s apartment in chelsea and the other half in my mom’s place in brooklyn heights. i have a half brother who’s five years older than me and barely knows I exist. for as long as i can remember i’ve felt like my parents could hardly wait for me to be old enough to take care of myself. ‘you can go to the store by yourself.’ ‘here’s the key to the apartment.’ it’s funny how there’s a word like overprotective to describe some parents, but no word that means the opposite. what word do you use to describe parents that don’t protect enough? underprotective? neglectful? self-involved? lame? all of the above?

Olivia’s family tell each other ‘i love you’ all the time.

I can’t remember the last time anyone in my family said that to me.

By the time I go home, my tics have all stopped.

Love is like the  Higgs Boson, isn’t it? You gotta look for it to find it. And if you don’t believe, you don’t look. First principle – believe. Round we go again. Make the same old resolution to keep looking,  be a believer.

Books are one way of learning to believe against the harder offers of one’s sometimes brutal direct experience.  You get someone else’s brutal direct experience and while it’s not your story, if it’s a half decent book, you recognise it. And the book may hold possibilities of which you hadn’t dreamed. This book is more than half decent. It’s good. Probably better if you find an intelligent and somewhat troubled child to read it to, but it surely can stand alone, however old you are. Read it and weep. You’ll be made to think and you’ll laugh too  –  that’s the wonder of it.

We must laugh and we must sing,

We are blest by everything,

Everything we look upon is blest.